Designing a Happier Workplace Through Scent

One third of your life is spent at work. In fact, the average person will spend 90,000 hours at work over a lifetime. Therefore, it should come as no surprise that the workplace environment can significantly impact your staff’s productivity and mood. Not to mention, your customers’ perceptions and satisfaction. 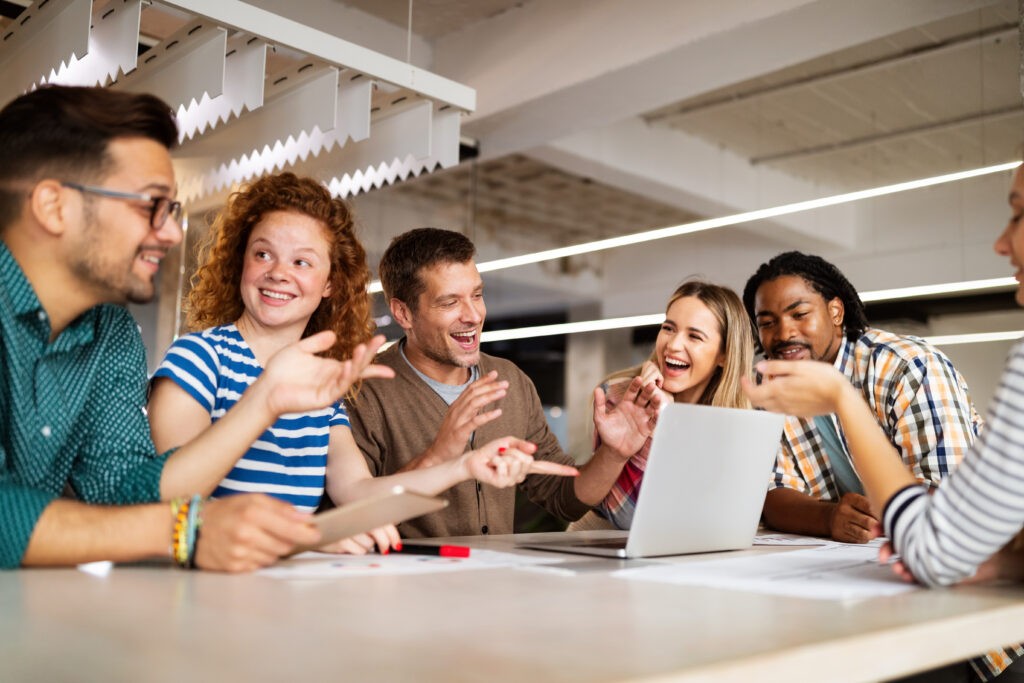 Scent has an even stronger influence on our mood that the visual and auditory elements.

Did you know that smell influences 75% of the emotions we generate everyday?

Dr. Mark Moss of Northumbria University describes scent as “almost like a drug interaction” where the brain is influenced by what we inhale.

Pleasant scents can improve the mood by up to 40%. 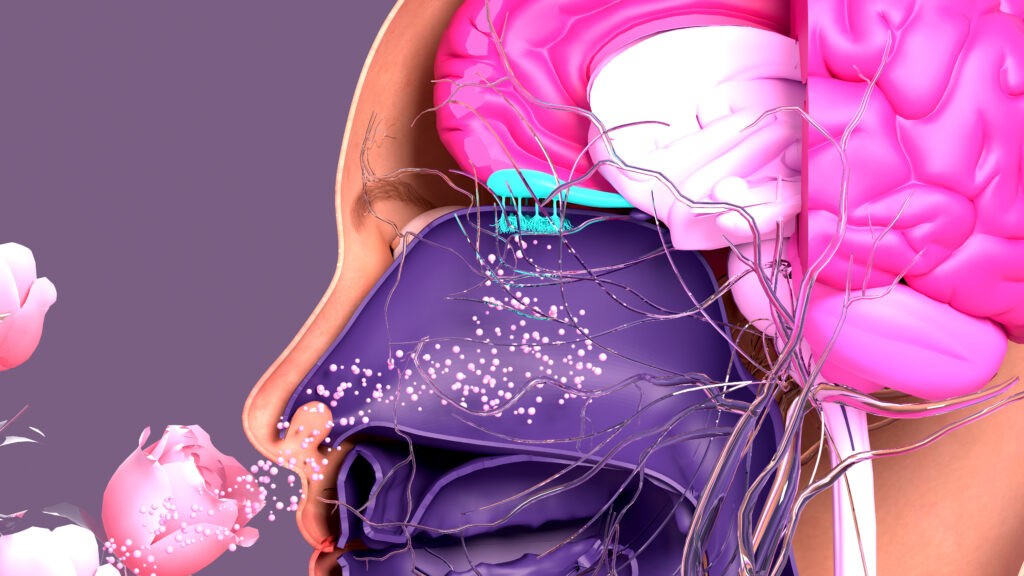 According to WorkDesign Magazine, employee experience is all about investing in resources that remove friction from employees’ day. In other words, the best workplace amenities are the ones your employees hardly even notice – and ideally won’t remember.

Scents like balsam & cinnamon don’t just smell nice, they make us feel better. The reason for this may not be exactly what you think. Our positive reaction to scents we enjoy begins with our first experiences of those scents. Our association with nice scents makes us happy. For example, the smell of balsam may bring back happy memories of the holidays and time spent with friends and family. Rachel S. Merz, a psychologist a Brown University, says that in order for an odor to elicit any sort of response in you, you have to first learn to associate it with some event. She gives an example of infants experiencing cuddling from their mother in conjunction with incidental odors like perfume. The infants have shown that those incidental scents then become better liked.

Start your day off right by walking into a office that smells bright and energizing!

RECOMMENDED SCENTS FOR A HAPPIER WORKPLACE

Scents affect everyone differently, but these aromas are beneficial to all of us.

Peppermint energizes. “Peppermint scent increases activity in the brain area that wakes us up in the morning ,” says Bryan Raudenbush, a psychologist at Wheeling Jesuit University in West Virginia. His research has shown that exercisers run faster and do more push-ups when exposed to the scent. Try a few drops of peppermint oil on a wristband.

Jasmine promotes restfulness. “Our research has shown that the scent of jasmine in your bedroom leads to a more restful night of sleep and a greater level of alertness the following day,” Raudenbush says. Other labs have found that the scent increases the brain waves associated with deep sleep. Put some jasmine oil in a bedside aroma diffuser or sprinkle a few drops on your pillow.

Cinnamon heightens attention. Researchers have found the scent of cinnamon both improved participants’ performance and heightened their attention.

Lavender relaxes. Exposure to lavender scent can decrease heart rate. Use the scent for unwinding at bedtime, suggests Avery Gilbert, a sensory psychologist in Montclair, New Jersey. Or take several whiffs to recharge yourself during work breaks. Japanese researchers find that the practice helps prevent an afternoon slump in concentration.

Vanilla delivers pleasure. Herz finds that it works as a replacement for the pleasure that you would get from eating sweets—but without the calories. “This is not a scent you would use if you had an empty stomach, because it’s likely to just make you hungrier,” she says. But if you’ve had a healthy lunch, it can help curb the craving for a candy bar afterward.

Some days when you and your team just can’t get focused, try out these scents!

Rosemary supports memory. Rosemary has been associated with memory for hundreds of years. Ancient Greek students wore garlands of rosemary in exams – and Ophelia, in Shakespeare’s play Hamlet, says: “There’s rosemary, that’s for remembrance.” Studies show a 7% increase in memory for students in a classroom scented with rosemary.

Lemon improves performance. Lemon invokes feelings of fun summer days. But more importantly, a Japanese study indicated that workers made 54% less errors in typing when the scent of lemon was present.

Vetiver boosts brain pattern function. Vetiver can decrease symptoms of ADHD and allow individuals to focus more intently. This added level of concentration is perfect to diffuse in open cubicle or office areas to promote attentiveness throughout the day.

POWERFUL AND EFFECTIVE WAYS TO SCENT YOUR FACILITY 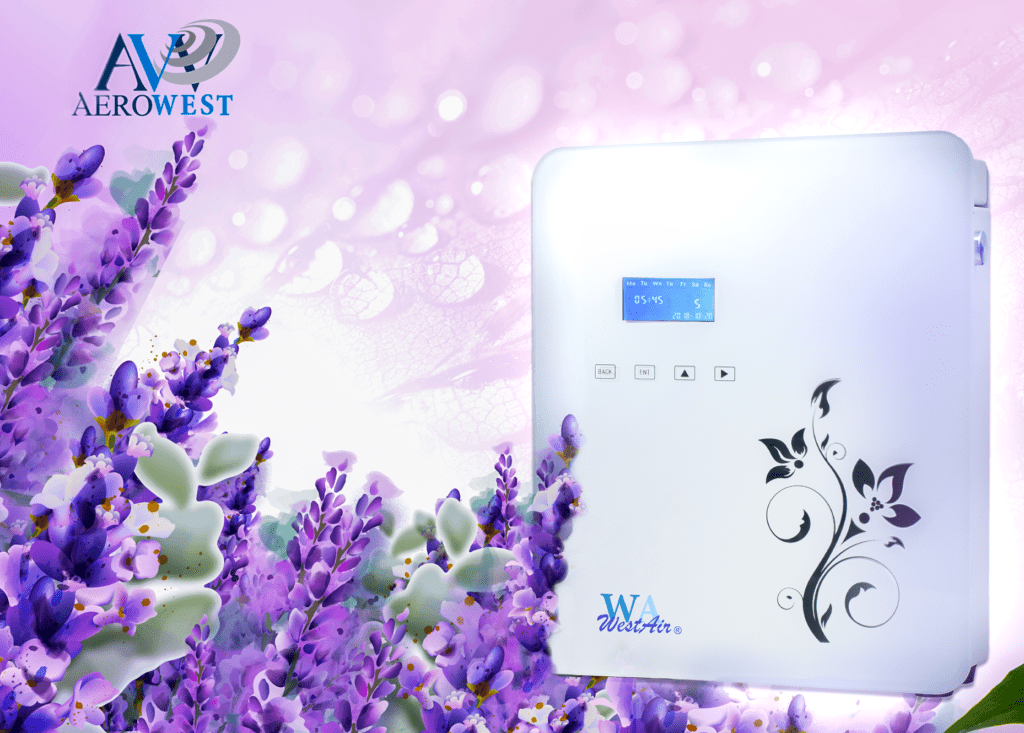 TRENDING SCENTS FOR BUSINESSES IN 2021

Learn more about how companies across the world are using scent to their advantage.

Previous
Blog Home
Next
Keep Up With Us